Get A Free Estimate

Since 1987, the Plantation Shutter Company has been serving North and South Carolina as well as Savannah, GA with the best exterior shutters available. Our exterior shutters are a beautiful addition to any home and they provide ample benefits beyond cosmetics. They are an investment not only in your home’s beauty, but in its safety, energy efficiency, and overall value on the real estate market.

We only carry the best in window coverings, so you can be sure that your shutters will last for the long haul. Our shutters will never fade and are very hard to break, thanks to our polymer composite material. Rain or shine, hurricanes or bugs, there’s few things that our shutters can’t handle. To learn more about all the ways that our exterior shutters can help your home thrive, read on, or contact us now!

The Added Benefits of Exterior Shutters:

Exterior shutters are an all around investment in your home. They’re not something you necessarily need — unless you think that you need to protect your home and your financials, then they’re something that folks in the south sometimes desperately need. Not only will they offer more comfort in your everyday life, but they’ll also address the long term concerns of rising energy costs and protecting your home from the storms that the south knows so well. 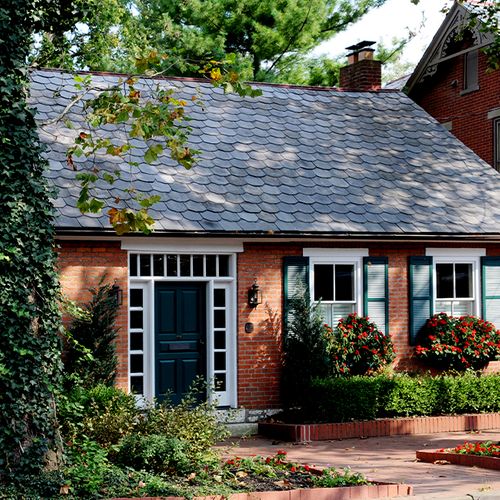 One of the most immediate benefits of getting new exterior shutters is the fact that it raises your curb appeal. Like many exterior renovations, shutters can provide a very high return on investment. As long as your shutters and your home stay in good shape, then the value of your shutter installation should rise right along with the value of your home. No matter what color you choose, one that has to be custom-painted or one of our stock colors, when you buy shutters from us, they never fade. 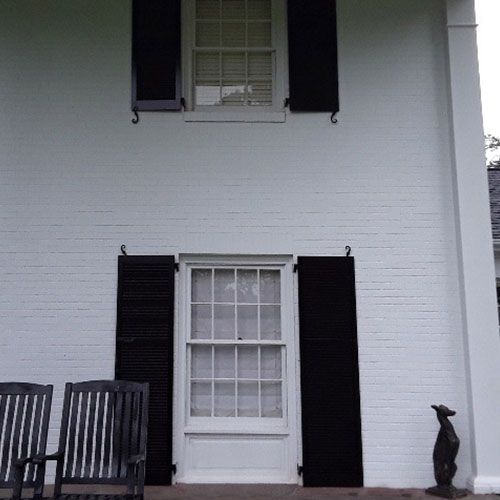 People who have never enjoyed the luxury of exterior shutters probably haven’t thought about the added bliss of being able to essentially board up their home at any time. Hopefully you won’t have to do this often, but exterior shutters give you the chance to block out both the elements and the eyes of others. They’re great for those who are more modest, homebodies, or those that just want to have a movie night during the day!

Many plantation style homes have dozens of windows, and without plantation shutters you run the risk of them breaking. Not only will broken windows and flying glass be a danger to you during the storm, but the cost of replacing them could be a huge monetary burden. The window panes alone will cost you thousands when it’s all said and done, and that’s even before considering the cost of everything damaged by water and flying debris. 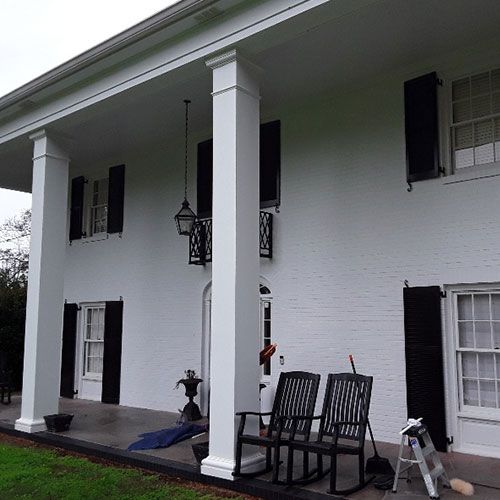 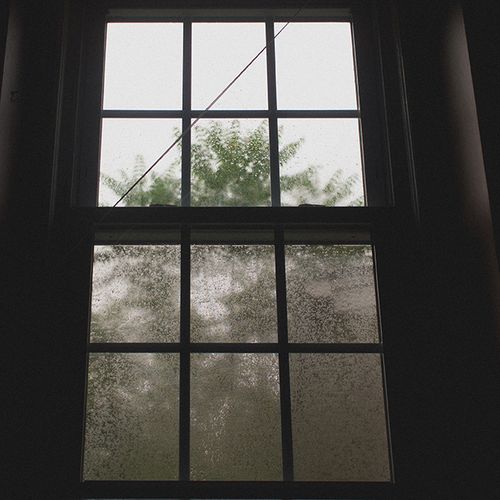 How Exterior Shutters Can Help Increase Your Energy Efficiency 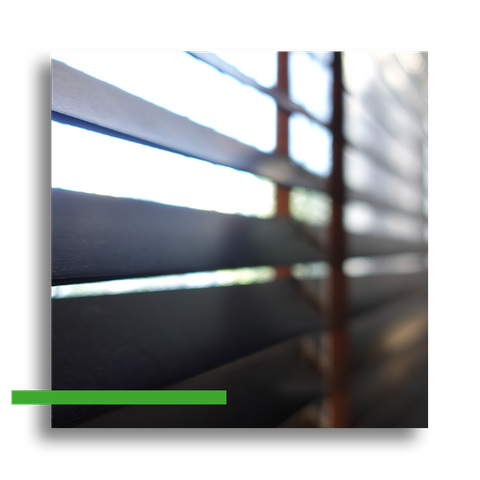 Energy efficiency is something that’s becoming more and more important to homeowners. Taking the environment into consideration and providing the best value to our customers has always been one of the main focuses of the Plantation Shutter Company, and our exterior shutters address both of those concerns. Made completely out of recycled and ethically sourced materials, our shutters not only keep new materials from going to waste, but they keep money in your pocket just by using them efficiently.

While shutters might be common on many homes, real working exterior shutters have seen a decline in use since the advent of heating and cooling systems. However, with more homes being more environmentally and financially cautious than they used to, actual, working shutters are coming back into the mainstream. With just a little extra diligence, you can see dramatically reduced heating and cooling costs just from opening and closing your shutters at the appropriate time. 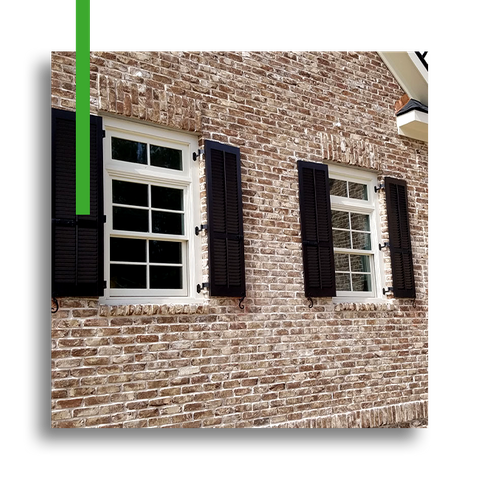 Like many insulators, the protection offered from exterior shutters is only as good as the material and the seal being used. In addition to opening and closing them at the right times, choosing shutters with fewer slats may be a good decision for those more interested in insulating their home with shutters than adding them for cosmetic reasons. Essentially what makes all shutters effective insulators is their ability to block out the sun when it’s warm and to block out the wind when it’s cold. With a better seal, or with fewer slats, you’re likely to see more of those benefits.

Once you have the design of shutter you want, with the appropriate amount of slats or open spaces, the material is important as well in determining the energy-saving prospects of shutters. Shutters that are made of uncoated wood, for example, could see freezing or soaking that not only degrades the material, but that lowers its ability to block the elements as well. Those that are made of aluminum could be less effective for this as well, as they absorb both heat and the cold. However, with our finishes and composite materials, you never have to worry about your shutters freezing, decaying, or absorbing the heat and cold from outdoors.

How and Why Exterior Shutters Save Energy 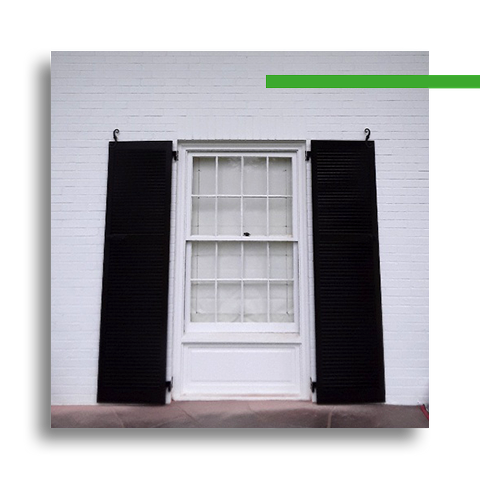 Keeping your home warm during the winter and keeping it cool during the summer doesn’t have to be a constant struggle. With shutters, both exterior and interior, you can significantly reduce the temperature fluctuations in your home and in turn, your utility bill. Significant in reducing solar heat gain, you can keep your home cool without cranking up the AC during a humid Carolina summer.

When it comes to fighting energy loss or inefficiency with your exterior shutters, there are some tactical approaches you can take to make sure that shutters best serve that purpose.

With our Exterior Shutters, you’ll get shutters that:

By reducing the amount of hot air and UV light that reaches your windowpane. Simply opening and closing the blinds at the right time of day can bring your cooling costs down significantly.

Shutters can block up to 30 degrees of airflow from coming through your window. This is particularly effective in combating winter winds.

Choosing materials that don’t absorb moisture means you are less likely to let humidity transfer into your home. This can be a huge asset to a home in the south. 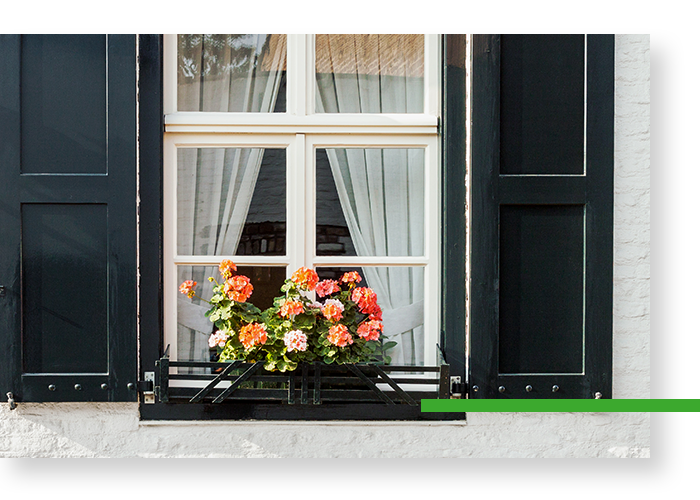 Other Common Questions About Our Exterior Shutters

Undertaking any home renovation can come with a ton of questions and concerns, and we don’t want you to have any worries about your exterior shutters from the Plantation Shutter Company. Here are a few other things you might want to know about our exterior shutters before you buy: